Samsung heir will not appeal against prison sentence over bribery

Samsung heir Lee Jae-yong has decided not to appeal against a court ruling that convicted him of bribing South Korea’s former president in exchange for business favours.

The move confirms a prison term of two and a half years for the country’s most influential corporate leader, according to lawyers and court officials.

However, Lee’s legal troubles are not over – he has been indicted separately on charges of stock price manipulation, breach of trust and auditing violations related to a 2015 merger between two Samsung affiliates.

The bribery allegation involving Lee was a key crime in the 2016 corruption scandal that ousted Park Geun-hye from the presidency and sent her to prison.

In a much-anticipated retrial of Lee last week, the Seoul High Court found him guilty of bribing Park and one of her close confidantes to win government support for the contentious merger between Samsung C&T and Cheil Industries.

The deal faced opposition from some shareholders who argued that it unfairly benefited the Lee family and only succeeded with the support of a state-controlled national pension fund, one of Samsung’s biggest investors. 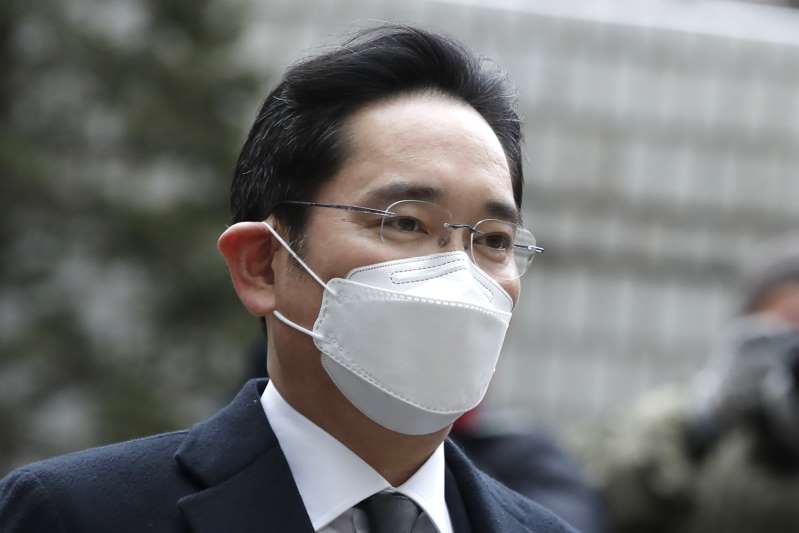 Lee had portrayed himself as a victim of presidential power abuse and his lawyers criticised the ruling.

But after assessing his options, Lee decided to “humbly accept” the high court’s decision, his head attorney Injae Lee said.

Prosecutors had sought a prison term of nine years for Lee. In a statement released to the domestic media, they said the court was too lenient with Lee, considering the severity of his crimes. However, they will not lodge an appeal as their biggest goal was to prove that the payments between Lee and Park were bribes.

Samsung did not release a statement over Lee’s legal issues.

The 52-year-old helms the Samsung group in his capacity as vice chairman of Samsung Electronics, one of the world’s largest makers of computer chips and smartphones.

Like other family-run conglomerates in South Korea, Samsung has been credited with helping propel the country’s economy to one of the world’s largest from the rubble of the 1950-53 Korean War.

But their opaque ownership structures and often-corrupt ties with bureaucrats and government officials have been viewed as a hotbed of corruption in South Korea.

While never admitting to legal wrongdoing, Lee has expressed remorse over causing “public concern” over the corruption scandal and worked to improve Samsung’s public image.

He declared that heredity transfers at Samsung would end, promising the management rights he inherited from his father would not pass to his children.

He also said Samsung would stop suppressing employee attempts to organise unions, although labour activists have questioned his sincerity.

It is not immediately clear what his prison term would mean for Samsung’s business.

Samsung showed no specific signs of trouble when Lee was in jail in 2017 and 2018 over corruption. Prison terms have never really stopped Korean corporate leaders from relaying their business decisions from behind bars.

The supreme court earlier this month confirmed a 20-year prison sentence for Park over the Samsung case and other bribes and extortion while she was in office from 2013 to 2016.

We have 345 guests and no members online