Rory McIlroy has no problem heading to Augusta as an apparent outsider, with Bryson DeChambeau seemingly the man to beat as the Northern Irishman attempts to end his wait for Masters glory.

McIlroy is still pursuing a first green jacket that would complete a career Grand Slam, a feat that has only been achieved by five players.

His chances of getting that breakthrough win at this year's unique November Masters are widely considered to be remote, however, as the former world number one has just two top-10 finishes in 12 events since the sport returned in June amid the coronavirus pandemic.

The focus this week is instead on DeChambeau, the favourite after victory at the U.S. Open, but that suits McIlroy.

"I do prefer that. I like it," said the four-time major champion. "I've always liked sort of doing my own thing and trying to stay as low‑key as possible.

"Sometimes the way I've played over the years, that hasn't happened because I've won some tournaments and I've been on some pretty good runs at times.

"But I don't mind this. This is nice. It feels like everything this year, it's more subdued, it's more relaxed. That's the feel for me, anyway. 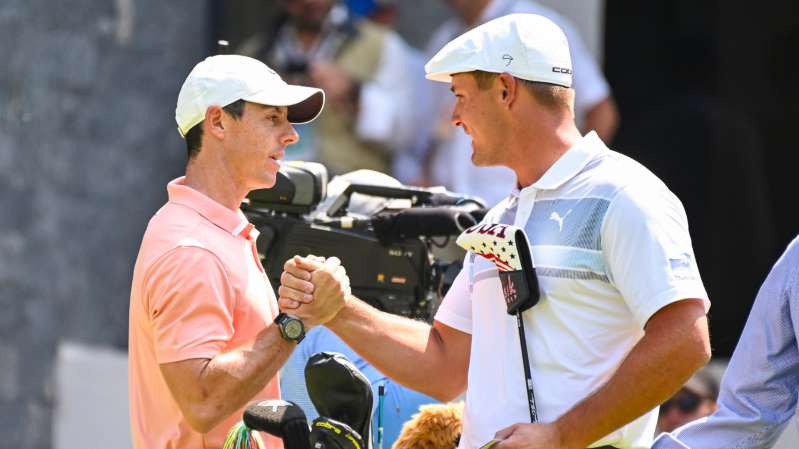 "Obviously Bryson is going to be feeling a little different because the attention is on him - and deservedly so, coming off the back of a major win and basically disrupting the game of golf over the last few months.

"It's a big story and I'm just as intrigued as everyone else to see how that unfolds."

McIlroy was referring to DeChambeau's change in playing style, with the 27-year-old bulking up to add extra power to his game.

DeChambeau is now comfortably the longest driver on the PGA Tour this season, averaging 344.4 yards per drive, 46.2 yards above the average.

The move has paid dividends with two wins - including a first major success - and seven top-10 finishes since June, which included contending at the US PGA Championship, where he was tied for fourth.

DeChambeau's ability to drive the ball has prompted suggestion he could make a mockery of the iconic Augusta course and alter the future of golf, but McIlroy is not concerned.

"He did drive it really well, but at the same time you need to back that up with all other aspects of your game.

"If trophies were handed out just for how far you hit it and how much ball speed you have, then I'd be worried. But there's still a lot of different aspects that you need to master in this game."

He added: "I still think this golf course provides enough of a challenge to challenge the best players in the world."

We have 256 guests and no members online