PALO ALTO (Reuters) - Facebook Chief Executive Mark Zuckerberg told an all-staff meeting on Thursday that former Trump White House adviser Steve Bannon had not violated enough of the company's policies to justify his suspension when he urged beheading two senior U.S. officials, according to a recording heard by Reuters.

Zuckerberg acknowledged criticism of Facebook by President-elect Joe Biden but said the company shared some of the Biden team's same concerns about social media. He urged employees not to jump to conclusions about how the new administration might approach regulation of social media companies.

Bannon suggested in a video posted on Nov. 5 that FBI Director Christopher Wray and government infectious diseases expert Anthony Fauci should be beheaded, saying they had been disloyal to U.S. President Donald Trump, who last week lost his re-election bid to Biden.

"I'd put the heads on pikes. Right. I'd put them at the two corners of the White House as a warning to federal bureaucrats. You either get with the program or you are gone," Bannon said in the video. 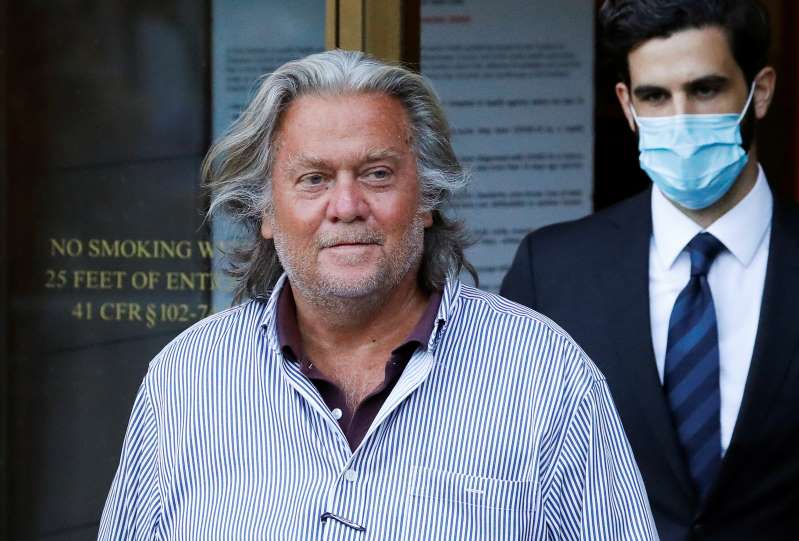 "We have specific rules around how many times you need to violate certain policies before we will deactivate your account completely," Zuckerberg said. "While the offenses here, I think, came close to crossing that line, they clearly did not cross the line."

Facebook spokesman Andy Stone said the company would take further action against Bannon's page "if there are additional violations."

Last Friday, Facebook took down a network of other Bannon-linked pages that were pushing false claims about the presidential election, after they were flagged to the world's biggest social media company by activist group Avaaz.

Zuckerberg spoke on the issue at a weekly forum with Facebook employees where he is sometimes asked to defend content and policy decisions. A staff member had asked why Bannon had not been banned.

Another employee asked how Facebook was handling criticism of Facebook by Biden and members of his team. Biden told the New York Times in December last year that he had "never been a fan of Facebook" and considered Zuckerberg "a real problem."

The incoming administration was "not monolithic," Zuckerberg said. "Just because some people might talk in a way that's more antagonistic to us, it doesn't necessarily mean that speaks for what the whole group or whole administration is going to stand for."

Arrested in August, Bannon has pleaded not guilty to charges of defrauding hundreds of thousands of donors to the $25 million "We Build the Wall" campaign. Bannon has dismissed the charges as politically motivated.

We have 377 guests and no members online