Lionel Messi is arguably the greatest footballer of all time.

The Barcelona legend has won the Ballon d'Or a staggering six times and the Champions League on four separate occasions.

But what sets Messi apart from his contemporaries is the fact he is incredibly modest. 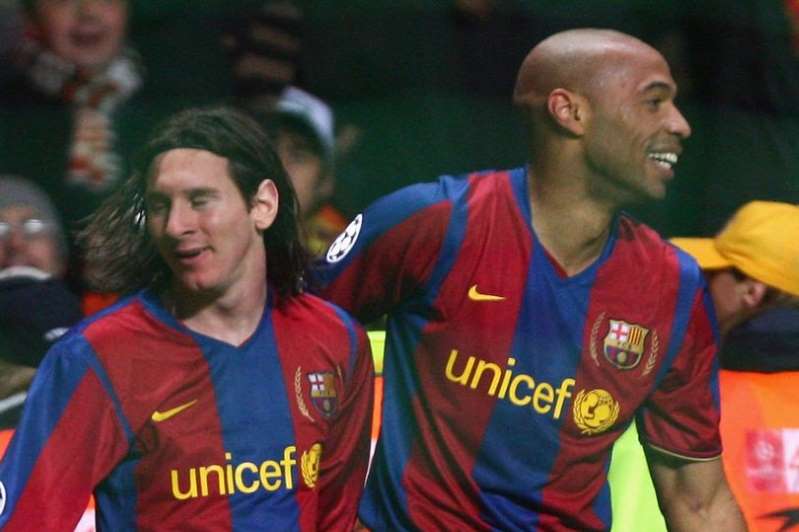 While others have revelled in the limelight and enjoyed the celebrity that comes with being a world-class footballer, Messi has largely kept himself to himself and lives a rather quiet life.

Fame hasn't changed the Argentine, who has remarkably managed to keep both feet firmly planted on the ground over the years.

One story sums up the type of person Messi is better than all others, and that's when the 33-year-old met Arsenal legend Thierry Henry for the first time.

World Cup winner Henry joined Barcelona in 2007, when Messi was 20 years old and still emerging at the Camp Nou.

Messi was so starstruck by the arrival of a man who had bossed the Premier League for the past eight years that he struggled to make eye contact with him.

"The first day he entered the dressing room, I did not dare to look him in the face," Messi told L'Equipe. "I knew everything he had done in England. I had an image of him made and suddenly we were on the same team.

"What I feel for Titi may be a form of admiration. I loved Henry. The ease of finishing an action, how he takes the road to the goal and ends the play.

"He gives the impression that it is natural. His career, his dribbling, the last gesture. It is fluid, proportionate."

We have 114 guests and no members online