Liverpool have ranked among the top five clubs of the Deloitte Football Money League for the first time in almost 20 years.

The Money League charted the financial performances of the highest revenue-generating clubs during the disrupted 2019-20 season.

Deloitte noted Liverpool's on-pitch success contributed towards lifting them up from seventh in 2018-19, and placing them in the top five for the first time since the 2001-02 season.

Manchester City are sixth in the list, with Premier League clubs Tottenham (ninth), Arsenal (11th) and Everton (17th) also in the top 20.

Overall, the top 20 clubs saw a revenue decline of 12 per cent compared to 2018-19 due to a drop in broadcast revenue and fall in matchday revenue. 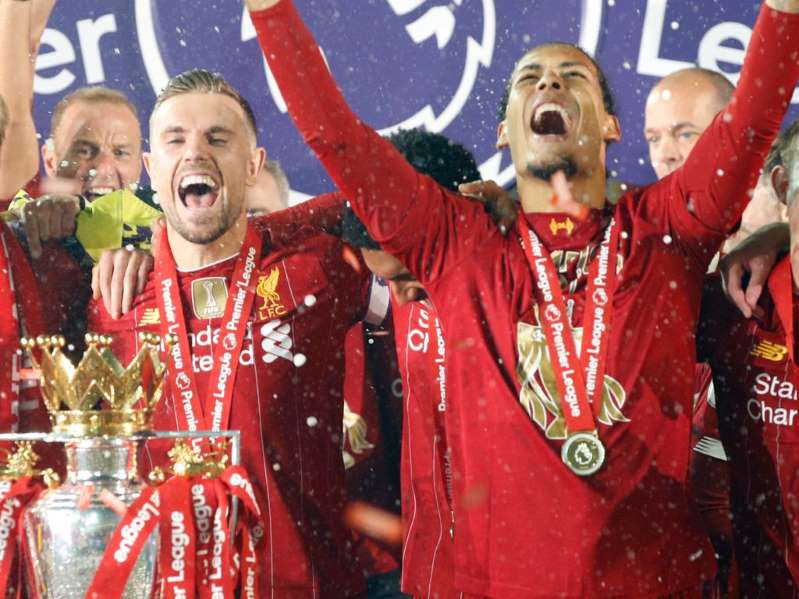 "The on-pitch success is a massive factor," Bridge said. "Building on winning the Champions League and then taking the Premier League crown for the first time has had a significant impact. They have moved significantly towards a more digital model, and have been doing for a number of years.

"That has benefitted them in comparison to others during the pandemic, because they are able to engage with their fans in a way others probably had to pay catch-up."

But Bridge warned that rankings "may have been different" had the timings of fixtures worked out differently.

Liverpool played both their Champions League last-16 ties in one financial year while Manchester City (due to covid) straddled two financial years.

"But with those placings, take a little bit of care because with the timings of the fixtures they were able to generate more revenue ahead of Manchester City," said Bridge.

"Had timings been a little bit different, those rankings may have been different."

United saw the largest year-on-year decline among the top 20 clubs in the Money League, with Bridge highlighting their lack of Champions League football as a contributing factor.

Bridge said: "The reason for the decrease is predominantly driven by the pandemic, as you can imagine Manchester United with a huge fanbase generate significant amounts of revenue every time they play at Old Trafford.

"They are going to be impacted in a more significant way than many other clubs. Of course, last year they didn't have Champions League football either, so the revenue differential from competing in the Europa League compared to the Champions League had a significant impact on the numbers.

"But caution is needed. With Bayern Munich moving ahead of them, they were able to complete their domestic season in the timeframe, so the numbers for Bayern represent a full year of domestic football, whereas for United they are curtailed."

Why Everton saw a revenue increase

Everton, along with Russian club Zenit, were the only two clubs in the top 20 to see an increase in revenue compared to 2018-19.

"For anybody who has seen Everton's plans around the new stadium, and the investment into the playing squad, they've got an ambitious owner who's looking to take strides forward," Bridge said.

"When a new owner comes in we talk about an investment cycle, and often it requires significant investment on the pitch in order to then drive future commercial revenues, and what Everton have been able to do is secure some long-term partnerships.

"A new shirt sponsorship with Cazoo and the deal with Hummel, but there is a significant deal within their commercial portfolio in respect of the future naming rights of their stadium with USM. That is the driving factor behind the commercial increase."

We have 122 guests and no members online