Mark Zuckerberg has said that Facebook fully expected Donald Trump to falsely claim electoral fraud, saying that they had put into place policies in September in anticipation of the president’s actions.

In October, Republican politicians on the Senate judiciary committee voted unanimously to approve formal summons for Mr Zuckerberg and Mr Dorsey. Democrats on the panel did not vote on the subpoena.

The subpoenas were approved right after the social media platforms decided to block stories from the New York Post that made claims about the son of then-Democratic presidential candidate Joe Biden.

Cory Booker, senator for New Jersey, said the US was “in dangerous waters”, adding that if what is going on in the US happened in a foreign country, the US would be calling for the results to be respected.

"This is, unfortunately, an eventuality that we planned for," said Mr Zuckerberg.

"We have temporarily stopped all political ads due to the risk of inflaming or increasing political violence, as we do in other countries," he said.

Mr Dorsey said Twitter would "continue to stay vigilant" and "remain agile" about their policies.

Twitter and Facebook's editorial control was called into question during the hearing, with one Democrat senator, Richard Blumenthal, saying they have "more power than the robber barons of a bygone era".

He told the tech companies: "Change is coming".

He asked them to provide within a week an update of their plans, ahead of the Georgia Senate runoff in January. 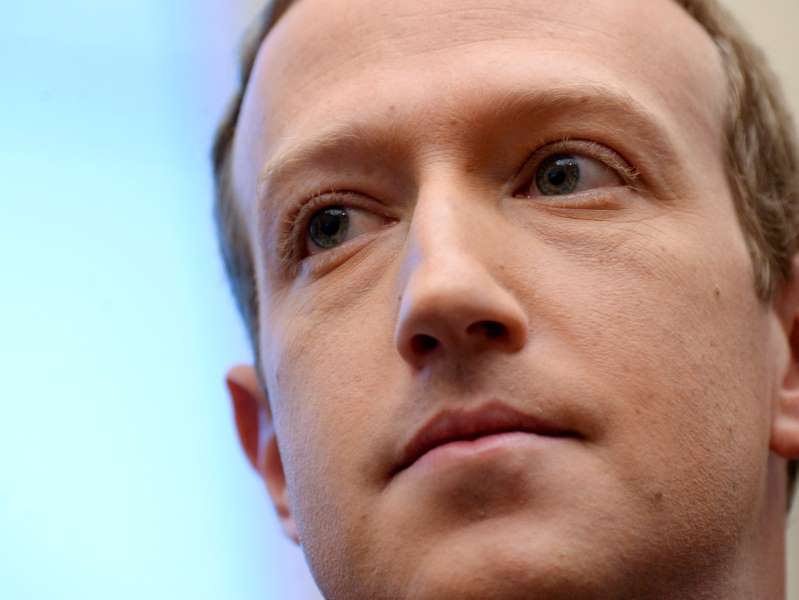 He pointed out that Twitter had not flagged the New York Times for publishing Donald Trump’s tax returns, and nor did they flag Edward Snowden’s tweets.

“You have used this power to run amok,” said Marsha Blackburn, senator for Tennessee. “You have proven that you do not have the strength, the ability, to regulate yourselves.”

"If you are not a newspaper, why do you have editorial control over the New York Post?" he said.

"They decided articles needed to be flagged. That seems like you are the ultimate editor.

Mr Graham said the big tech companies needed to be given more guidelines.

"They are literally trying to tell us what is reliable or not, based on cable news commentary and tweets from politicians," he said.

"The question is: how do you control that responsibility? I don't want the government telling people what is reliable or not. But when you have companies that have far more control than traditional media, something has to give."

Mr Graham said he was leaning towards allowing the companies themselves to develop guidelines for best business practices.

"We made a quick decision that materials were obtained by hacking, and blocked the page for further spread," he said.

"On further inspection we reversed the decision."

He said it showed Twitter could "accept feedback, admit mistakes, and make changes".

Mr Dorsey said that 300,000 tweets were flagged from October 27 to November 11, representing 0.2pc of election-related tweets.

"We are continuing to assess the impact of these product changes, to inform our long-term roadmap," he said.

Mr Dorsey was asked by Senator Dianne Feinstein, the ranking Democrat on the committee, whether their labelling of tweets “did enough to prevent the tweet’s harms”, pointing out the president’s tweet that he won the election.

I won the Election!

“We have labelled the tweets that would indicate a different result in the election, which has been called by multiple sources,” he said.

She said: “My concern is that these tweets arouse people. The tweets can play a unique role in reassuring or stirring people up to an unacceptable level.”

“Our policies in enforcement are involved in providing more context,” he said.

Mr Zuckerberg was asked about the “stop the steal” movement trending on his platform, and said he was extremely worried about the potential for people to try to overturn the election by violent means.

He said it had been "the largest election integrity effort of any private company in recent times".

He said they had also run an "unprecedented civic engagement" campaign, which saw more than 33 million people engage with their content on election information.

More than 4.5 million people were helped to register to vote, he said, and 100,000 poll workers were recruited.

He said he and his wife had donated $400 million personally to help the election process.

Both Mr Dorsey and Mr Zuckerberg said they supported change to Section 230, which regulates tech platforms. Under Section 230 they cannot be sued for libel for content on their site.

Mr Zuckerberg defended his company’s response to Steve Bannon’s call for Dr Anthony Fauci to be beheaded, and his “head put on a pike” outside the White House.

Last week Mr Zuckerberg, in a conference call with all his employees, said that Facebook had determined that Mr Bannon’s page would not be taken down because it did not violate enough of their policies.

“The content in question did violate our policies, and we took it down,” he said.

Asked if he would commit to taking down Mr Bannon's account, he said: "No. That is not what our policy would do now."

And he defended his company against accusations of bias. Over 90 per cent of employees in his Silicon Valley headquarters supported Democrat causes, Mr Lee had said.

"We need to be careful and intentional about bias," said Mr Zuckerberg.

He added they have 35,000 people doing content modification, who were "generally not based in Silicon Valley".

"The geographical variety of that is more representative of the communities we serve," he said.

Mr Zuckerberg and Mr Dorsey along with Alphabet-owned Google's Sundar Pichai also appeared before the Senate Commerce Committee in October for a hearing where Republican politicians questioned the companies about their content moderation decisions.

The hearing quickly turned into a political scuffle with Republicans and Democrats attacking each other.

We have 229 guests and no members online