When Sarah* first read that Amazon delivery drivers were urinating in plastic bottles in their vans rather than take a break, her reaction — surprisingly — was one of envy.

“Lucky men, that’s what I thought,” she says. It is not so easy for her, and other female delivery drivers. “We can’t pee in bottles, can we?” she says.

Instead, she had a different tack when handling huge bundles of deliveries with little time to spare. “Just try not to drink water.”

Working for Amazon over the last year has been a high-pressure, relentless job as the US tech titan scrambled to cash in on a Covid surge in online orders. Amazon says it prompts drivers to take breaks but Sarah says it has been like “delivering out in the wild” with few shops or toilets open.

On top of this, she said, it felt as if the number of deliveries had trebled. Finishing on time was never easy - Sarah says she was working extra hours on four out of five days a week in a bid to get parcels to customers.

Reports of growing pressures on delivery drivers should hardly come as a surprise. Last year, in the UK alone, Amazon sales spiked by 51pc to $26.4bn (£19.3bn) — equal to £290 for every man, woman and child — as millions turned to the ecommerce company while high street stores were closed.

Amazon created 10,000 more jobs in its warehouses in a bid to keep pace, taking its total permanent UK workforce to 40,000. But, while these posts have been welcomed by the Government, critics warn there is significant pressure on those signing up. GMB senior organiser Amanda Gearing claims that inside warehouses, “workers often go above and beyond what their bodies can cope with”.

Covid has made these concerns even sharper.

“Whereas the rest of the public has been told not to meet other people, Amazon has been allowed to keep promoting things like Prime Day and Black Friday,” Gearing says. 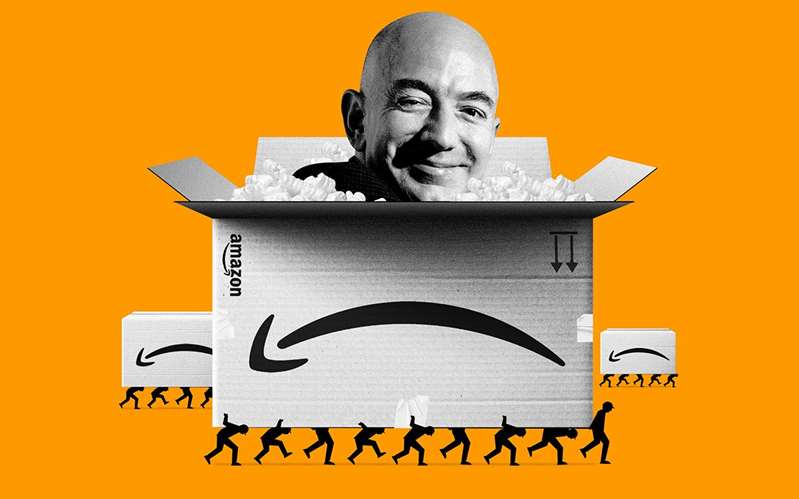 “Because of this, there’s been a major increase in demand, and Amazon has brought more staff in when social distancing was already difficult.”

A spokesman for Amazon says the company “is proud to offer excellent pay, excellent benefits and excellent opportunities for career growth, all while working in a safe, modern work environment”.

But still, the major uptick in staff numbers has sparked a push for unionisation. In recent weeks this has centred on a warehouse in Bessemer, Alabama, where workers have found themselves at the centre of a bitter battle between Amazon and campaigners, resulting in anti-union banners being hung around the warehouse.

Last week, efforts by union organisers fell short. Warehouse workers voted overwhelmingly against forming a union by 1,798 votes to 738, in a move some said could lessen activism elsewhere.

Marcus Courtney, however, does not believe that will be the case. Now a principal at Courtney Public Affairs, he played a key role in trying to unionise Amazon’s call centre staff in 2000. Since then, Amazon has succeeded in pushing back against labour efforts — taking what Courtney describes as an “aggressive” approach to actively discourage workers.

Its response to the latest labour push in Alabama was, he says, no different. If anything, it was a more public response, with a major offensive on Twitter involving Amazon spinners, executives and official employee “ambassadors” — all of whom challenged accusations of inhumane working conditions.

On Friday, lawyers from Cornell University’s Law School says “pervasive anti-union tactics” helped to sway the vote against a union.

Courtney does not believe this is the end.

“The conversation has really been cracked open this time,” he says. “Amazon has been trying to find a way to snuff this out. It’s trying to say to other warehouses, look at what happened to the workers here, this would also happen to you. But I think it will be very hard to stop it now. It seems like it’s resonating with workers outside of the United States as well.”

Among UK unions, hopes are high. Trade union GMB says there is growing interest in unionisation at Amazon’s Coventry warehouse, and that it is also still trying to establish a union in Rugeley near Birmingham.

Back in 2019, the group was caught in a row with Amazon over the facility, which resulted in the regulator ruling that GMB did not have enough warehouse workers who had agreed to be part of the union to establish something at the site. In the UK, employers can either recognise unions voluntarily, or they can apply for statutory recognition, at which point more than 50pc of a workforce must be in favour of the union being recognised.

The GMB claims that it has struggled to speak to workers at the site.

“Many of them are going to work by coach or together in cars, but if we could just get access to them, there’d be a lot more people that would understand what a union is and would join, because it’s a no-brainer,” Gearing says.

Still, insiders at Amazon say it is not warehouse workers that the company is concerned will start to unionise. A source says that staff have “great benefits and the majority are really happy with their jobs”. Instead, they say that “the risk area for Amazon is the drivers - and especially Amazon Flex”.

Amazon Flex allows freelancers to get paid for delivering packages, driving their own vehicles and receiving payment for each delivery.

This kind of work, in the so-called gig economy, is under growing scrutiny. A landmark ruling at the Supreme Court earlier this year prompted Uber to give its drivers a minimum wage and holiday pay. Riders for takeaway service Deliveroo earlier this month took part in a strike for more worker rights.

Frustrations are growing among those driving for Amazon Flex. “They give us a fixed rate, but out of that, we’re paying our wages, for our cars, our taxes,” says driver Mike*. Sarah says having to pay the £15 London congestion charge was a big bone of contention for her - amounting to almost half the £32.50 she claims to get for two hours of driving.

Concerns are not just focused on pay. “Everything is customer-centric with Amazon,” Sarah says. “People can just say they didn’t receive parcels and you get penalised for that, even if you’ve got pictures that you delivered them. It felt like I was a robot that could easily be replaced.”

Mike says trying to unionise these workers is tricky — and not just because they never really meet each other. “People are scared,” he says.

“If your name comes up, you might just be deactivated.”

Amazon says it is “committed to ensuring drivers are fairly compensated and treated with respect, and this is reflected by the positive feedback we receive from drivers every day”.

The company says: “Our sophisticated guidance technology plans delivery routes, advises when to take a break, and ensures that drivers aren’t receiving and driving with too many packages. We continue to innovate in order to improve the experience for our delivery service partners and our customers. Drivers also have a number of ways to share their suggestions and experiences, including escalating any challenges to Amazon through a 24/7 hotline.”

This may not be enough to prevent major changes.

Later this year the Government is set to unveil a new Employment Rights Bill which many are hopeful will address the gig economy. Darren Jones, chair of the Business, Energy and Industrial Strategy Committee, says if this doesn’t happen and ministers do not address these issues head on, “they will have failed before they’ve even started”.

Jones is due to meet a number of Amazon workers in the next couple of weeks to hear directly about their experiences and has described their accounts of conditions as “deeply troubling”.

Within Amazon, there are thought to be concerns that any successful unionisation effort among one group of workers could spiral. “It’s a one-way door,” says one insider.

As more workers like Sarah speak out, Amazon may be fighting a losing battle.

We have 52 guests and no members online