Mariah Carey sued by sister for $1.5m over ‘cruel and outrageous allegations’ in memoir

Mariah Carey sued by sister for $1.5m over ‘cruel and outrageous allegations’ in memoir

Mariah Carey has been sued by her older sister Alison over what she calls “cruel and outrageous allegations” in the singer-songwriter’s 2020 memoir.

In last year’s The Meaning of Mariah Carey, the star alleges Alison drugged her as a child and burned her with boiling tea. Carey also claimed that she was left alone with Alison’s boyfriend when she was 12-years-old, and that he had forced her to kiss him. 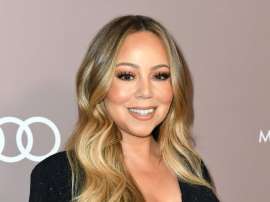 Carey describes Alison in the book as “brilliant and broken”, adding: “She chose to take up permanent residence in ‘Victimland’. The promise of her life was squandered in a tragic series of cheap bargains rather than being redeemed through the difficult, lifelong work of recovery and rebuilding oneself.”

In Alison’s lawsuit, she claims that her sister did not allow her to respond to the claims made in the book, nor did she present “evidence to substantiate” what she calls “cruel and outrageous allegations”.

Alison, who is representing herself in the case, adds that her sister knew that she was “profoundly and permanently damaged” as a result of her past, yet “used her status as a public figure to attack her penniless sister, generating sensational headlines describing lurid claims to promote sales of her book”.

The lawsuit claims that Alison previously attempted to settle her claims with her sister’s lawyers in early January, but that she did not hear back from them.

Carey has yet to respond to her sister’s lawsuit. The Independent has reached out to Carey’s representatives for comment.

We have 172 guests and no members online