The Rangers forward was shown a yellow card for a tackle on the St Johnstone midfielder during the Ibrox side's 1-0 win on Wednesday night.

Roofe crashed down on Davidson's ankle after miscontrolling the ball, with the Saints man eventually limping off the pitch.

But McAllister appeared to trust the officials' judgement on the incident.

He said: "I thought the referee had a good view of the situation. 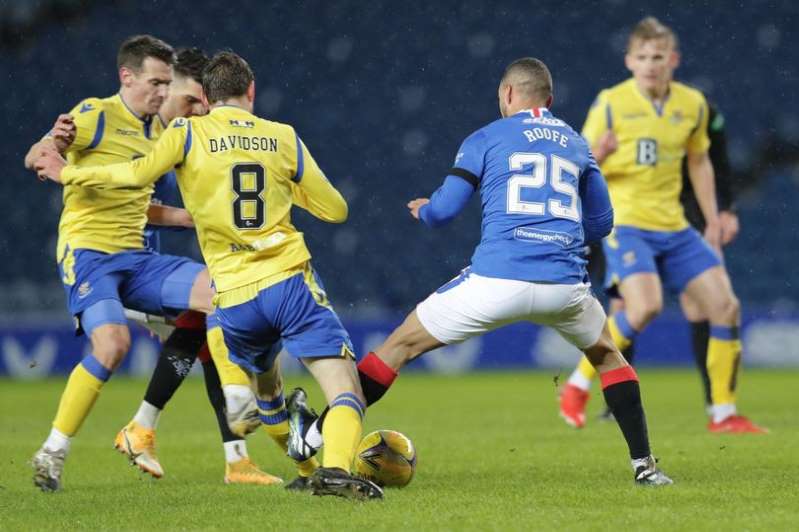 "Knowing the type of player that Kemar is, I think the referee seen it as a yellow.

"He mis-controlled it, tried to retrieve it and the ref has seen it as a yellow."

The victory marked another cleared hurdle on the road to the title but was also boss Steven Gerrard's 100th as manager.

His side are unbeaten in 27 league fixtures and have conceded only seven goals, including just one at home.

McAllister lauded the former Liverpool captain's impact but emphasised any success must go down as a collective effort.

"I think we are getting close to loads of records and the stats and the win percentage, I don’t need to tell you guys, is very high.

"It shows the level of job that he has produced here, but he will say and I will say and the players will say that it has been about everybody.

"It is not just about Steven and he won’t be taking the acclaim for that. It is a whole team effort and it is credit to everyone that has been on this journey."

We have 69 guests and no members online