Marilyn Manson has been accused of abuse, grooming and coercion by multiple women.

The artist, real name Brian Warner, was the subject of a statement issued by actor Evan Rachel Wood, whom he dated when she was 18 and he was 36.

Wood, now 33, alleges that Manson groomed her and subjected her to “years” of abuse.

“I was brainwashed and manipulated into submission. I am done living in fear of retaliation, slander, or blackmail,” she wrote.

“I am here to expose this dangerous man and call out the many industries that have enabled him, before he ruins any more lives. I stand with the many victims who will no longer be silent.” 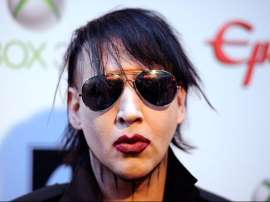 Following Wood’s post, at least four other women have shared their own allegations against Manson, which include sexual assault, psychological abuse, and various forms of violence, coercion and intimidation.

Wood shared these accounts on her Instagram Stories, along with screenshots of emails and messages allegedly sent to and by Manson.

Ashley Walters wrote: “I continue to suffer from PTSD, and struggle with depression. I stayed in touch with quite a few people who went through their own traumas, under his control.

“As we all struggled, as survivors do, to get on with our lives, I’d keep hearing stories disturbingly similar to our own experiences. It became clear the abuse he’s caused; he continues to inflict on so many and I cannot stand by and let this happen to others. Brian Warner needs to be held accountable.”

“I believe he gets off on ruining people’s lives,” Sarah McNeilly said. “I stand in support of all that have and all will come forward. I want to see Brian held accountable for his evil.”

A woman identified only as Gabriella wrote: “The reason I’m finally sharing this traumatic experience is for my healing and because I’m done being silent.

“I don’t believe it’s fair for someone to not be held accountable for their horrific actions. I’m not a victim. I’m a survivor.”

Ashley Lindsay Morgan said she suffers from night terrors, PTSD, anxiety and “crippling OCD” due to her alleged experiences with Manson.

“I try to wash constantly to get him out or off of me,” she said. “I am coming forward so he will finally stop.”

The other women accusing Manson also claimed to suffer from PTSD and nightmares after being in relationships with him.

The Independent has contacted Manson’s representatives, including his record label, for comment.

Manson’s team has categorically denied similar allegations in the past.

His former publicist in the US told The Independent that they no longer worked with Manson and that they “believe and support survivors of abuse”.

In 2009, Manson was quoted in a Spin article as saying of Wood: “I have fantasies every day about smashing her skull in with a sledgehammer.”

When Metal Hammer repeated this quote as part of an interview with Manson last year, his PR team responded by saying the comment was “obviously a theatrical rock star interview promoting a new record, and not a factual account”.

We have 61 guests and no members online