When a magician performs a trick, audiences rarely look where they need to. Sleight of hand and charming patter is used to divert our attention away from what is actually happening.

Misdirection comes in many forms. Yesterday, it involved one of the richest men in the world. Jeff Bezos, the founder of Amazon, stepped down from his CEO position, shortly before the United States Federal Trade Commission announced that it was fining Amazon $61.7m, so the shopping giant could settle charges that it withheld delivery drivers’ tips paid by customers.

Jeff Bezos accumulated more than $215m a day in 2019. As you are reading this article, his wealth has likely increased nearly four times the amount of the fine his company was issued for withholding payments from its employees.

The full announcement from the FTC is astounding. It states that Amazon regularly advertised that drivers participating in the Flex program would be paid between $18 and $25 per hour, and that drivers would receive all of their tips. That is not what happened.

Instead, the FTC alleges that Amazon put its workers on a lower rate and used customer tips to make up the difference. Amazon allegedly took steps to mislead drivers about this, made the change, and then lied about it.

“Rather than passing along 100 per cent of customers’ tips to drivers, as it had promised to do, Amazon used the money itself,” said Daniel Kaufman, acting director of the FTC’s Bureau of Consumer Protection. 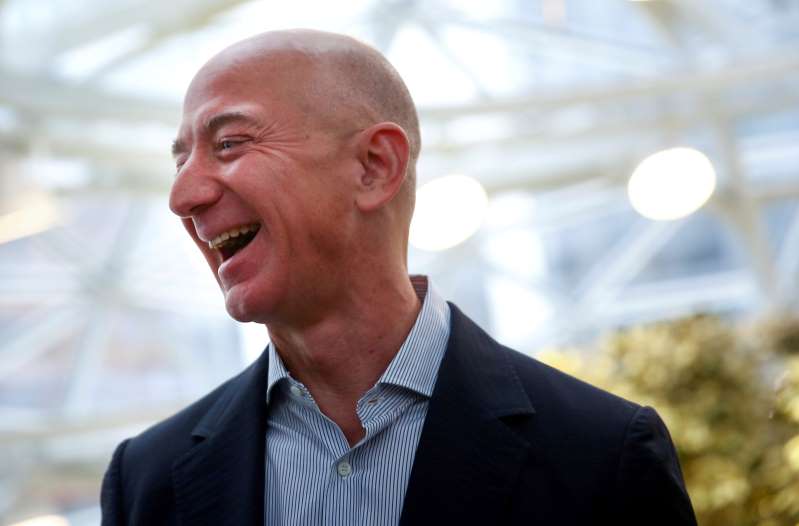 The FTC also alleges that Amazon only stopped its behaviour, which happened over a two and a half year period, when it became aware of the regulator’s investigation.

Enter Amazon’s lovely assistant, Jeff Bezos. Or rather, exit Bezos – although the billionaire will remain an “executive chair” of the company. It does not require the deduction of Sherlock Holmes to assume that Bezos’ decision, while publicly unexpected, had been planned for some time.

It is also safe to assume that Amazon knew when the FTC would be making its announcement - the latest in a long series of anti-worker activity from the company. It infamously fired and smeared its warehouse workers when they spoke up about unsafe coronavirus conditions. And it has clashed with climate change activists who want the company to reduce its carbon emissions. This led to another executive stepping down in protest.

According to the FTC, Amazon employees called the investigation into drivers’ tips a “reputation tinderbox” and “a huge PR risk to Amazon”. Put yourself in the position of Amazon’s public relations team, with the FTC’s announcement approaching like the blade of a guillotine.

Why not time the release of Bezos’ resignation for the same day, bookended by another announcement of the company’s new headquarters for good measure? Suddenly everyone has a new story. The blade sinks through the head of the magician, the audience gasps, and yet our Prime performer miraculously escapes unscathed.

Even if Bezos had not stepped down, it’s unlikely this news would have tangibly affected the company. The old adage, “punishable with a fine just means legal for the rich”, remains true. Amazon says it “disagree[s] that the historical way we reported pay to drivers was unclear”, but “is “pleased to put this matter behind us”. That only happens, of course, if we let it.

It is also worth remembering that Amazon’s moral crime is simply a small-scale model of a larger injustice, one ironically epitomised by its wealthy founder. During the pandemic, the world’s one per cent acquired $3.9tn dollars – enough to pay for a vaccine for every person in the world – while workers have lost $3.7tn dollars’ worth of earnings, with women and young people bearing the brunt.

As Bezos leaves, and the new CEO Andy Jassy enters, Amazon is not the only illusionist making money from its workers’ pockets disappear, it’s just the one that’s on stage right now. Watch their hands carefully, for all is not as it appears.

We have 310 guests and no members online