Butcher wins battle with council to overturn more than 50 fines

Butcher wins battle with council to overturn more than 50 fines

A butcher has managed to overturn more than 50 parking tickets worth £20,000 after battling the council.

Gareth Sell, from Redhill was parking on double yellow lines outside his Tadworth shop when he began to be slapped with fines.

But the 36-year-old contested the tickets as he claimed the road was private.

The Surrey council accepted his argument are a lengthy battle and have offered £300 compensation.

Speaking to The Sun, the dad-of-four said: 'It feels really good. One, it’s like phew I haven’t got that massive debt, and two, it wasn’t right what they were doing.

'A lot of residents came in and said "well done for fighting" but others were saying "you’re stupid, why are you doing this, just pay them". 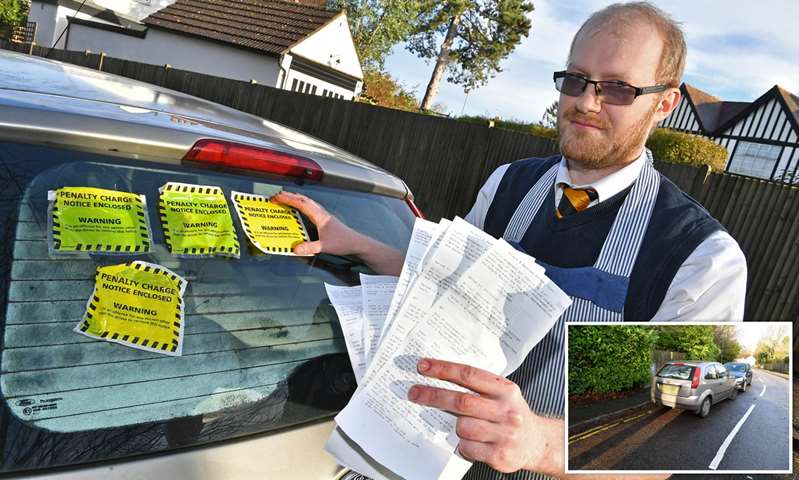 During the height of the spat with the council, Mr Sell was getting visits from the wardens on a daily basis. But he had no intention of paying the fines.

At the time, the Reigate and Banstead borough council said his parking was 'obstructive and dangerous' and its wardens would continue to ticket him until highways authority Surrey County Council told them otherwise.

They insisted they could paint the lines due to the 2004 traffic regulation order.

Mr Sell had received 200 letters about his Audi and even moved to escape bailiffs.

But he found official documents online proving the double yellow lines were in the wrong place by four metres.

In March the county council acknowledged the error due a Social Care Ombudsman who asked all penalities to be removed and any bailiff payments repaid.

The butcher has said he will take the council to court after their 'insulting response'.

We have 153 guests and no members online