It was actually created in 2019, but it’s only now just being shown to the world.

With the Vision E, what Porsche tried to create is an electric racing car with the performance characteristics of a a Formula E car. The twist is it’s not actually envisioned as part of the Formula E championship, or any championship for that matter, because its sole purpose is to enter the world of customer motorsport and allow private individuals to have a battery-powered track-only toy.

Porsche doesn’t really go into the specifics of exactly how much power it has or how quick it is, but it does mention that the Vision E has 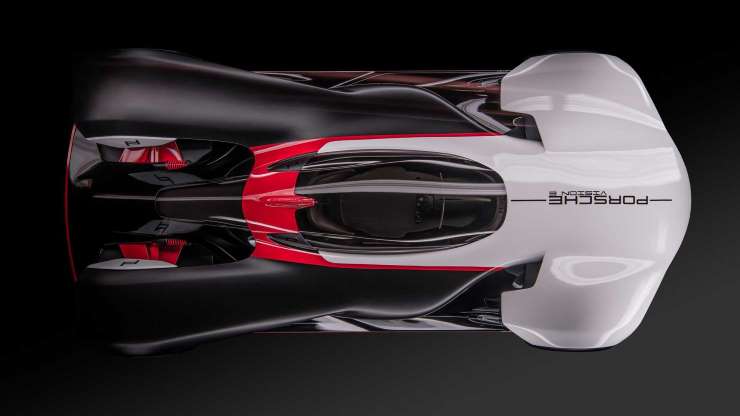 ‘ Been designed as a radically lightweight, single-seater race car for the race track. With its central seat position and 800-volt technology, it would without doubt offer privateer drivers an otherwise unattainable driving experience. ‘

Even though the Vision E is theoretically related to Porsche’s actual Formula E car, the 99X, it sadly is not a fully functional prototype. In fact, Porsche calls it a 1:1 scale model, which probably means it can’t even move around under its own power.

We have 322 guests and no members online