Twins Lady Amelia and Lady Eliza Spencer gave their first joint interview as they appeared together on the cover of Tatler.

The nieces of the late Princess Diana opened up about their aunt, who died when they were just five-years-old.

Raised mostly in South Africa, the twins, 28, share a close bond with each other and their older sister, Lady Kitty Spencer, and have been out of the public eye in the UK.

But their social media accounts show their glamorous and usually jet set lifestyles, as the models spend time in South Africa, as well as the UK and abroad on holidays.

Amelia is engaged to personal trainer Greg Mallett. The pair haven’t decided where to wed yet, as she revealed to Tatler.

Her father, Earl Spencer, has offered up the family home of Althorp, in Northamptonshire, but Amelia explained they are torn between Cape Town and Britain. 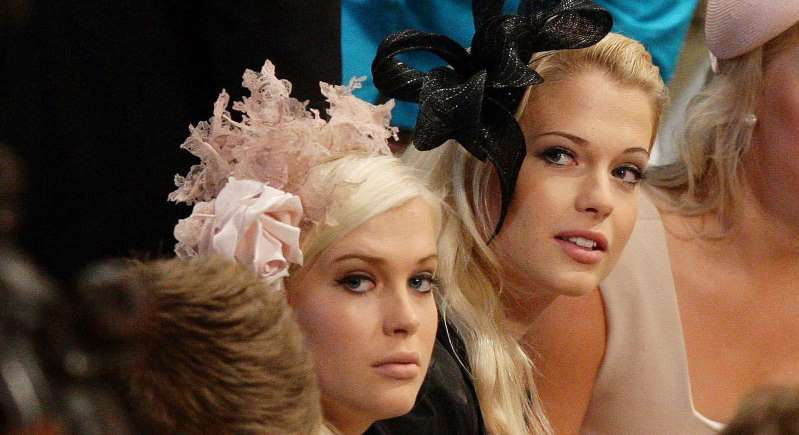 Eliza has been dating her boyfriend, Channing Millerd, for four years. He has a son, Nate, from a previous relationship and shares snaps of the trio together on social media.

Eliza is clearly devoted to her boyfriend’s five-year-old son and she also shares lots of photos of him on her Instagram.

Speaking to Tatler about growing up with a twin, Amelia said: “We’ve always been very close. We’re very similar.

“We love doing the same things and share the same friends.

“You’re guaranteed to have a best friend there always – you can’t really compare it to anything else.”

Lady Amelia’s first name is actually Katya, but she goes by her middle name. The twins were born in July 1992.

They moved to South Africa in 1995 with their father, Charles Spencer, and mother Victoria, but Charles moved back to the UK in 1997 after the death of his sister, Princess Diana.

Charles and Victoria divorced in the same year, and she went on to marry Jonathan Aitken in 2005, though they broke up four years later.

Earl Spencer remained close to his daughters, and they were an important part of the wider Royal Family too. Despite living in South Africa, Lady Amelia, Lady Eliza and their sister Lady Kitty Spencer all attended the wedding of Prince William to Kate in 2011.

Amelia did not make it to Harry and Meghan’s wedding though.

We have 203 guests and no members online