Pep Guardiola has hit back at Jurgen Klopp over claims he made that Manchester City have had an advantage by having a longer break than other teams this season.

Liverpool's game against City on Sunday could have huge implications on the race for the title, with the Reds currently sitting seven points behind Guardiola's table-topping side.

Ahead of the match Klopp appeared to suggest City benefitted last month after their game against Everton was postponed due to an outbreak of coronavirus in the squad. 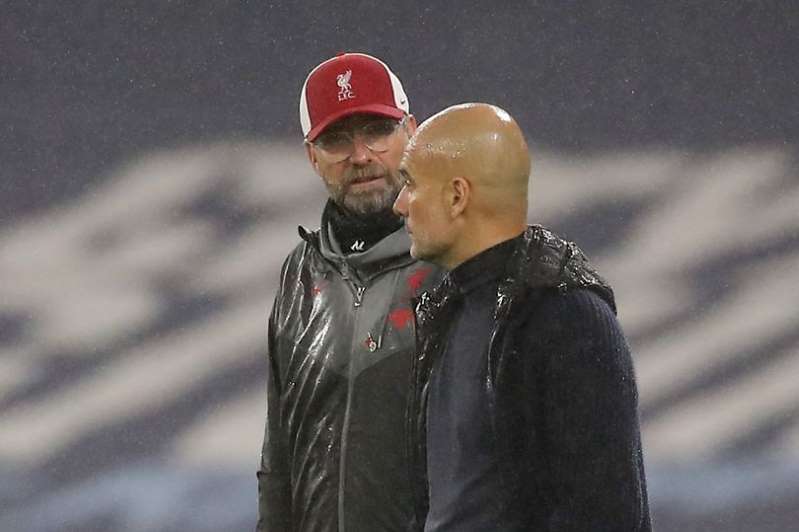 When asked about his side's recent poor form, Klopp said: "We need to play football, train and recover and use each minute to train.

"We haven't had a break, City had two weeks off for Covid reasons. It's a tough year."

Guardiola, however, clearly took issue with Klopp's comments, and admitted he was "surprised" by the claims.

"He made a mistake," Guardiola said. "We had two months off. Or three months. No, four. Four months we had off, that's why we are in the top four right now.

"Jurgen has to see the calendar again. We had Covid, one week off and played with fourteen players at Stamford Bridge.

"Tomorrow when I see Jurgen I will tell him how many days we have off. I’m surprised, I didn’t expect that from Jurgen. I thought Jurgen wasn't that type of manager."

Guardiola later went on to add: "He knows it’s not true, come on! Everybody in the Premier League knows no team has two weeks off.

"Maybe he did it for some other purpose, I didn’t expect he would do that but maybe I’m wrong!"

It is a spat which certainly ramps things up a bit ahead of the clash between the two rivals as the battle for first place intensifies.

We have 143 guests and no members online