The Queen and the Treasury could receive an offshore windfarm windfall of up to £9bn over the next decade, after an auction of seabed plots attracted runaway bids from energy companies including the oil company BP.

The crown estate’s first auction of its seabed licences in a decade will earn the Queen’s property manager £879m a year, for up to 10 years, and clear the way for six new offshore windfarms and enough clean electricity generation for more than 7m homes.

Under current rules, the crown estate hands its profits to the Treasury before 25% is returned to the royal household in the form of the sovereign grant – a funding formula that is due to be reviewed next year.

The existing arrangements would more than double the profits made by the Queen and the Treasury from the crown estate, which reported profits of £345m for the last financial year. The Treasury would be in line for up to £659m a year from offshore wind after handing the Queen a share worth close to £220m a year to run the official royal household and pay for repairs to Buckingham Palace.

The sum payable to the royal household would be well above the £86m grant in the current financial year – and lead to payments of up to £2bn over 10 years – unless the Treasury decides to adjust the rules next year.

The sovereign grant was increased in 2017, from its previous level of 15%, to pay for extensive renovations at Buckingham Palace which are likely to run until 2027. It will stay at 25% at least until the next five-year review in 2021-22. 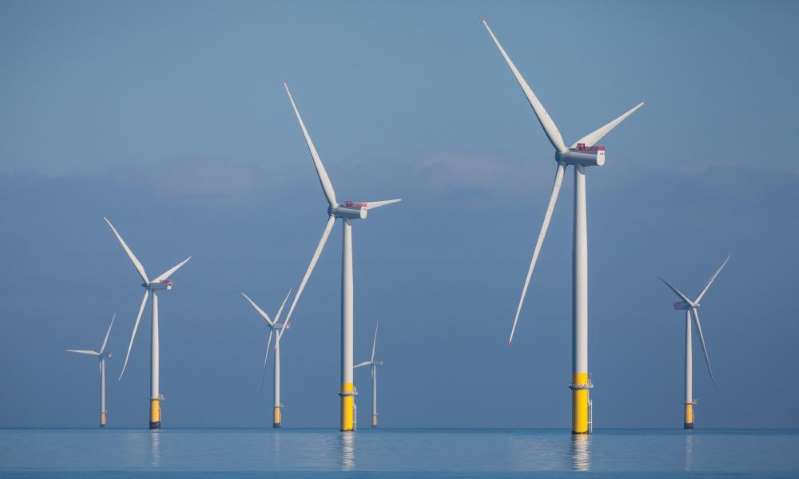 The crown estate’s windfall comes after it received record-breaking bids from energy companies, including big oil and gas producers, hoping to build offshore windfarms off the coast of England and Wales.

Oil company BP and its partner, the Germany utility EnBW, will pay £462m a year for the option to develop two offshore windfarms in the Irish Sea, capable of powering more than 3.4m UK households with clean electricity.

BP claims it will avoid paying the option fee for the maximum 10-year term by making a final investment decision on the project within four years, and generating electricity from its turbines after seven. At this point the “rent” due to the crown estate would fall to 2% of the windfarm’s annual turnover.

Dev Sanyal, the head of BP’s renewable energy business, said he was very confident the company would be able to use its experience delivering multibillion-pound offshore projects to make returns of 8% to 10% on its investment, despite the high upfront cost to the crown estate.

The size of the crown estate’s windfall has reignited calls for the profits of the offshore wind industry to be channelled into a “green sovereign wealth fund” that could invest in more green energy projects or local communities.

The Green party co-leader, Jonathan Bartley, said the initial capital from a renewable windfall could be invested “for future generations, similar to what we’ve seen the likes of Alaska and Norway do in the past with their oil wealth”.

“The boom in value of the right to develop offshore wind is so welcome – a signal that the transition away from fossil fuels is happening at speed. But we need to ensure that the value of this national resource is shared fairly and invested for all our futures,” he said.

The crown estate had hoped to avoid a “runaway” auction by overhauling the auction rules in 2019, but industry players that lost out in the recent bidding round claim the changes did not go far enough and allowed for “bonkers” prices that could inflate the cost of the UK meeting its climate targets.

Anne-Marie Trevelyan, the energy minister, said the crown estate’s latest leasing round would help power 7m homes and assist the UK in eliminating its contribution to carbon emissions by 2050 while “creating thousands of new jobs and ensuring Britain builds back greener”.

We have 195 guests and no members online