Marcus Rashford is the latest celebrity to be exploited by companies selling unregulated investments to consumers.

In a report circulated online, the England and Manchester United footballer is said to have found a “wealth loophole” that he wants to share.

Rashford has recently made the headlines for his campaign for free school meals to be continued outside term-time, and links to the report – which has now been taken down – were sent to potential investors in an email making reference to that work.

The email was received by a journalist who signed up with a website advertising cryptocurrency investments. Registrations with other sites resulted in similar emails suggesting bitcoin investments had been backed by the singer Adele, the former England cricketer Freddie Flintoff and the comedian Russell Howard.

The story about Rashford went through to a separate site, and registrations from that page went to a currency and commodities trading site based in the Marshall Islands, which is a currently subject to a warning by the UK financial regulator.

The celebrities are the latest in a long line of well-known names to be used without their knowledge, in adverts purportedly for cryptocurrency investments. The MoneySavingExpert founder Martin Lewis, the chef Gordon Ramsay and the stars of TV’s Dragons’ Den have also appeared in fake news reports on pages designed to look like genuine news outlets, including the Guardian.

People who respond to the adverts have their details passed to investment companies, including bitcoin trading schemes and legal, but unregulated, foreign exchange schemes based overseas.

The Guardian worked together with an international consortium of journalists, led by the Swedish newspaper agens Nyheter and the Organized Crime and Corruption Reporting Project (OCCRP), to investigate the flood of fake celebrity endorsements.D 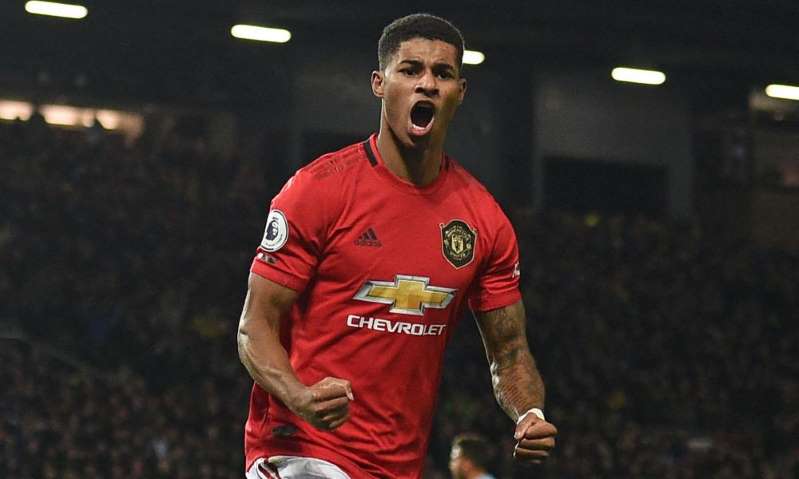 It is not clear how all of the companies are connected, and how much those creating or even selling leads from the adverts know about the firms that are buying contact details.

Emails sent out to a journalist who signed up with several websites advertising bitcoin investments came from a comparison website called Wealth Advisor, run by a marketing firm in London called Finixio. The emails all had the same format and contained links to web pages with fake news stories.

An email sent out in mid-November had the subject “From free school meals to helping thousands gain financial freedom!” and a picture of Rashford at the top. It said: “Some sources are allegedly claiming that Marcus Rashford MBE the English professional footballer and campaigner is the latest to succeed from using bitcoin auto-trading software.”

Later, it added: “We can’t confirm if Marcus Rashford has invested in bitcoin but there are rumours circulating the internet about it.”

A link saying “read the full report now” took readers through to a page claiming that he had appeared on daytime TV to talk about his investments, saying Philip Schofield: “right now, my number one money-maker is a new cryptocurrency auto-trading program called Crypto Engine. It’s the single biggest opportunity I’ve seen in my entire lifetime to build a small fortune fast.”

It also featured testimonials from individuals claiming they had made as much as £58,000 from their investments.

Of the news stories that the emails led to he said: “We have not faked news stories, these are not owned by our company.” He added that the company had no direct relationship with the unauthorised trading scheme to which the websites linked.

“In our company and throughout our websites we make it very clear that celebrities do not endorse these products,” he said. “Any content promoting celebrity endorsements would either be a mistake or miscommunication since lockdown and ceased immediately upon investigation.”

Grunwerg provided a message that he said he had sent to staff in July telling them not to use celebrity endorsements in emails as this would constitute libel.

He told us: “This seems to have been missed on occasion by the team since working remotely in lockdown and has since been re-enforced. Please note that email represents less than 1% of revenues in our company, and the specific emails that you mentioned represent less than 1% of emails, so we’re looking at something wrongly sent out (despite using disclaimers and words such as allegedly) that generated 0.001% of company revenues and not a main part of our operations.”

The use of celebrities in adverts is a recurring problem, with Martin Lewis among the famous names to have taken action against social media sites and attempting to get Google to act over the adverts.

Data from the marketing tool SEMrush showed that for the search terms combining Lewis’s name with bitcoin, Google charges in excess of $5 a click, compared with an average of $1 to $2 on other terms.

Companies can pay to appear against the terms and there is no warning when people search that they could end up on a misleading page.

Google said it had taken down 50m “sensationalist ads” in 2019. “We’ve reviewed the examples shared and have taken the necessary action, including at the account level where warranted … “We have thousands of people working to improve our enforcement technology and develop new policies to address these threats as they emerge,” it said.

Google added: “The keyword price estimates for keywords don’t take into consideration that Google Ads is dynamic and auction-based, meaning advertisers are often charged less than their maximum bid.”

We have 87 guests and no members online