Novak Djokovic looks to be in a losing battle over his Australian visa, as Australian immigration officials confirmed they would be investigating multiple discrepancies over the world No 1's Covid test, travel documents and isolation breaches. Djokovic admitted on Wednesday that he had broken isolation rules in Serbia after testing positive last month.

Djokovic had his visa cancelled when arriving in Melbourne for the Australian Open last week after providing border officials with "minimal" proof of a medical exemption he was granted by Tennis Australia.

The nine-time Aussie Open champion appealed the decision and won on the grounds of "procedural fairness" after the federal government conceded they had not given Djokovic enough time to provide more proof or contact Tennis Australia.

While the Serb has been allowed freely into Melbourne, Immigration Minister Alex Hawke is continuing to consider whether to cancel Djokovic's visa for a second time on the basis that the reason for the No 1's medical exemption - prior Covid infection in the last six months - is not a valid vaccine exemption for foreign nationals entering Australia.

The Department of Home Affairs is also separately investigating Djokovic, and it has now been confirmed that their probe has been widened to include his breach of Covid isolation rules in Serbia, inconsistencies on the date he claims he received his positive test result, and incorrect statements on his Australian Travel Declaration form, according to The Sydney Morning HeraldLink and The Age.

During the 20-time Major champion's appeal hearing, a sworn court affidavit confirmed he was both "tested and diagnosed" on December 16, taking a PCR test earlier in the day and receiving notification of a positive result at around 8pm Serbian time. 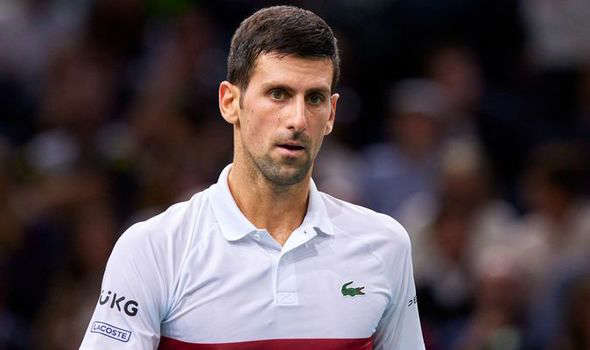 It then surfaced that Djokovic had attended a children's tennis event in Serbia on December 17, presenting awards while not wearing a mask, and took part in an interview with L'Equipe on December 18.

On Wednesday, the Serb released a statement claiming he only received notification of his positive test result after the children's event on December 17, but admitted to breaking isolation rules by attending the interview on December 18 knowingly having Covid - a breach of Serbian isolation requirements.

Home Affairs will now consider both the contradictions in the date of Djokovic's positive test result, and his decision to break Serbian Covid isolation rules as part of their probe.

If he is found to have given false evidence in regards to his Covid test he could face serious consequences, with a prison sentence of five years the maximum penalty giving false evidence under the Crimes Act.

As well as the inconsistencies surrounding the date, the Home Affairs department is probing new questions over whether the positive result was manipulated.

It was also reported on Tuesday that the Australian government were investigating whether the world No 1 lied on his declaration form when entering the country last week, as he claimed he had not travelled in the 14 days prior to arriving in Melbourne when he had gone from his home of Serbia to Spain in this period. 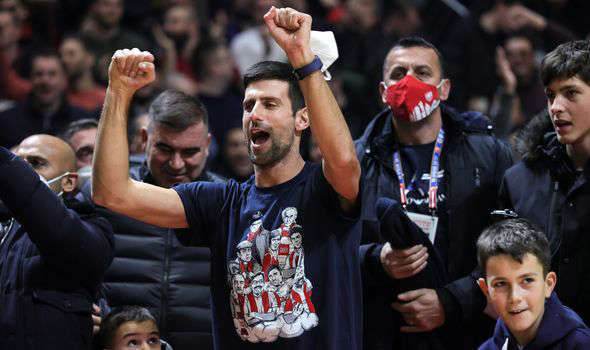 Djokovic was not believed to have filled in the form himself, instead having someone do it on his behalf, and in his statement on Tuesday he confirmed that his support team submitted the form on his behalf, and the incorrect information about his previous travel had been "human error".

"On the issue of my travel declaration, this was submitted by my support team on my behalf - as I told immigration officials on my arrival - and my agent sincerely apologises for the administrative mistake in ticking the incorrect box about my previous travel before coming to Australia," he said.

On the form, all travellers are asked whether they have "travelled or will travel in the 14 days prior to your flight to Australia".

Meanwhile, the Immigration Minister's decision on whether to revoke Djokovic's visa for a second time will continue to drag on, after a spokesperson for Mr Hawke confirmed on Wednesday that the world No 1's lawyers had "recently provided lengthy further submissions and supporting documentation said to be relevant to the possible cancellation of Mr Djokovic's visa", and said: "Naturally, this will affect the timeframe for a decision."

While the Immigration Minister's decision is independent, he can also consider whether to cancel Djokovic's visa on the grounds of his character, informed by the ongoing Home Affairs investigation.

We have 427 guests and no members online